The Chevron-Texaco case, promoted in Ecuador by UDAPT (Union of People Affected by Texaco’s oil operations, including more than 30 thousand members) is an example of the structure of global impunity that benefits Transnational Corporations (TNC’s) in the violation of Human Rights worldwide and in particular in the Global South.

After 25 years of trial, despite the fact that the reparation award against Chevron (formerly Texaco) has been ratified at every level of Ecuador’s justice system, it has still not been enforced. Chevron (formerly Texaco) removed all its assets from Ecuador.  The affected communities turned to foreign courts to homologate and enforce the Ecuadorian verdict. In Brazil, Argentina and Canada, their lawsuit was dismissed. As an attempt to stop impunity, the affected people have also filed without success a complaint with the International Criminal Court (ICC). Meanwhile, the 30,000 affected people continue to suffer serious health impacts. Deaths with cancer are 130% more frequent and the mortality risk is 260% higher than in other areas of Ecuador. Cancer represents 32% of all deaths, 3 times more than the national average. Miscarriages are 150% more frequent than in other areas. The rates of morbidity, dermatitis, respiratory, renal, hepatic and digestive troubles are more frequent in this area. On the ground, the more than 880 pits filled with oil left Texaco are still there. The rivers are still full of hydrocarbon sediments and contaminated by oil spills. For more than 40 years, these impacts have not been adequately remedied. The corporate crime continues.

Even worse, in 2009 Chevron sued the Ecuadorian state at the International Court in the Hague using the State Investor Dispute Settlement Mechanism (ISDS). The oil company also sought economic compensation and asked that the arbitration panel interfere in the Ecuadorian justice system itself. In August 2018, the arbitration panel ruled in favour of Chevron and sentenced Ecuador to pay a still unknown sum to the transnational company. Moreover, it ordered the Ecuadorian government to prevent the judgement of the Ecuadorian courts from being enforced. These provisions are unconstitutional and inapplicable in Ecuador. If the government were to execute the arbitration ruling, it would be violating its own constitution, wiping out the rights of the 30,000 people affected by Chevron and openly favouring that company’s interests. This decision would therefore establish a dangerous precedent at the international level which could encourage similar arbitration tribunals, putting them above domestic law courts and thus undermine the legal bases of the rule of law.

Chronology of the case

On 11th December 2020, in solidarity with tens of thousands of people affected by the greatest environmental disaster that has ever impacted the Ecuadorian Amazon, more than 240  organizations, networks, movements, and unions, representing more than 285 million people internationally, ask the Government of Ecuador to appeal to the Dutch courts the arbitration award that favours Chevron. See their letter here

Chevron has been denounced for negative social and environmental impacts in other countries. Most of the conflicts are in natural landscapes with an important biodiversity (e.g. Amazon, Rocky Mountains, Isla de San Andrés, Niger Delta). The company is responsible for accidents like oil spills (campo de Frade, Brazil, in 2011), chronic intoxication of school children in Karachaganak (Kazakhstan, 2014), and also of criminalisation of the dissent (like in Indonesia).”

Chevron initiated the era of fracking. Vaca Muerta followed in 2013 after a secret pact and with the help of YPF. Thousands of people protested against the procedure that enabled the exploitation of new wells. The police responded by repressing the people attending the big demo causing many wounded and others got sanctioned by the law. That same night a number of burned houses of the Mapuce Campo Maripe Indigenous community were found. The same territory where later Chevron and YPF started to drill 470 wells. Explosions, spills, accidents and persecution of indigenous peoples are part of Chevron’s operations in the country.

Oil companies like Chevron bear a large part of the responsibility for climate change which today has caused hundreds of thousands of victims, driven thousands from their homes – climate refugees- and is also thrusting the whole planet into the worst environmental crisis ever seen.

In 2009 Chevron  used one of the worst weapon available to transnational corporations, and launched a billion dollars claim against Ecuador. This claim was not in front of any national court, but of an ad-hoc ISDS private arbitration tribunal. Three corporate lawyers were able to review the Ecuadorian Supreme Court decision. The ISDS tribunal decided in Chevron’s favour. ISDS – short for ‘Investor-State-Dispute-Settlement’ is an obscure parallel justice system only accessible to the super-rich. It was included in the little known US-Ecuador Bilateral Investment Treaty. It is also part of thousands of other treaties worldwide. It enables tens of egregious attacks by transnational corporations against states every year. 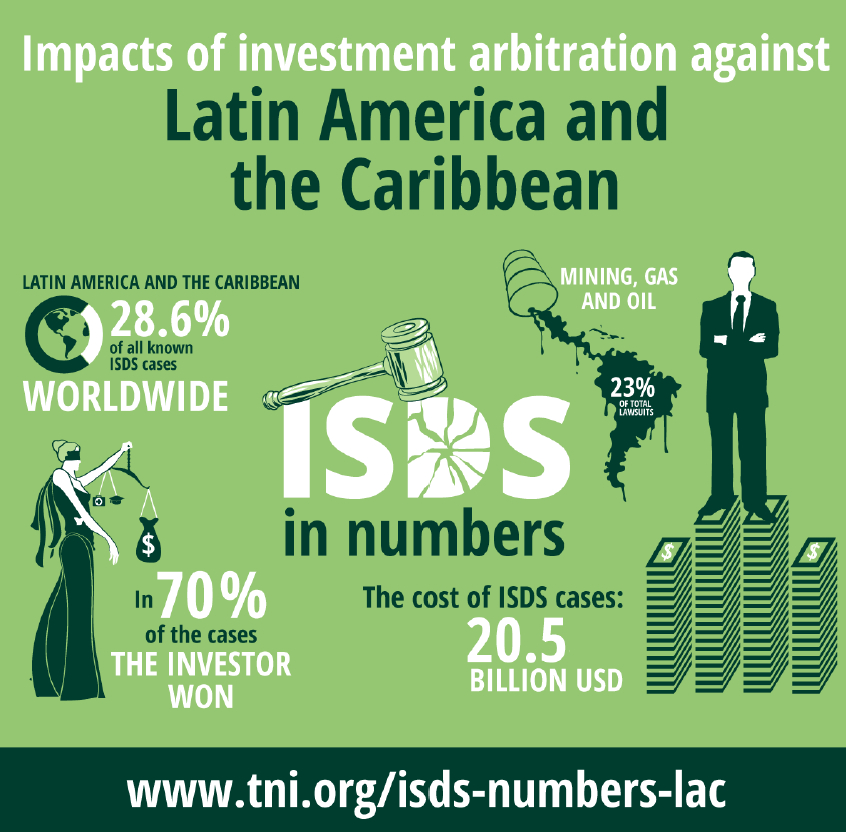 People worldwide are fighting back against these corporate attacks. Some governments are rejecting ISDS and terminating their treaties. In other countries, affected communities and civil society organisations are leading the fight to end unfair private courts, and make sure affected people have access to justice. More information: https://stopisds.org/

The affected communities grouped in UDAPT continue to struggle to break the system of corporate impunity and to access to justice, and support the process towards the UN Binding Treaty on Transnational Corporations and Human Rights. 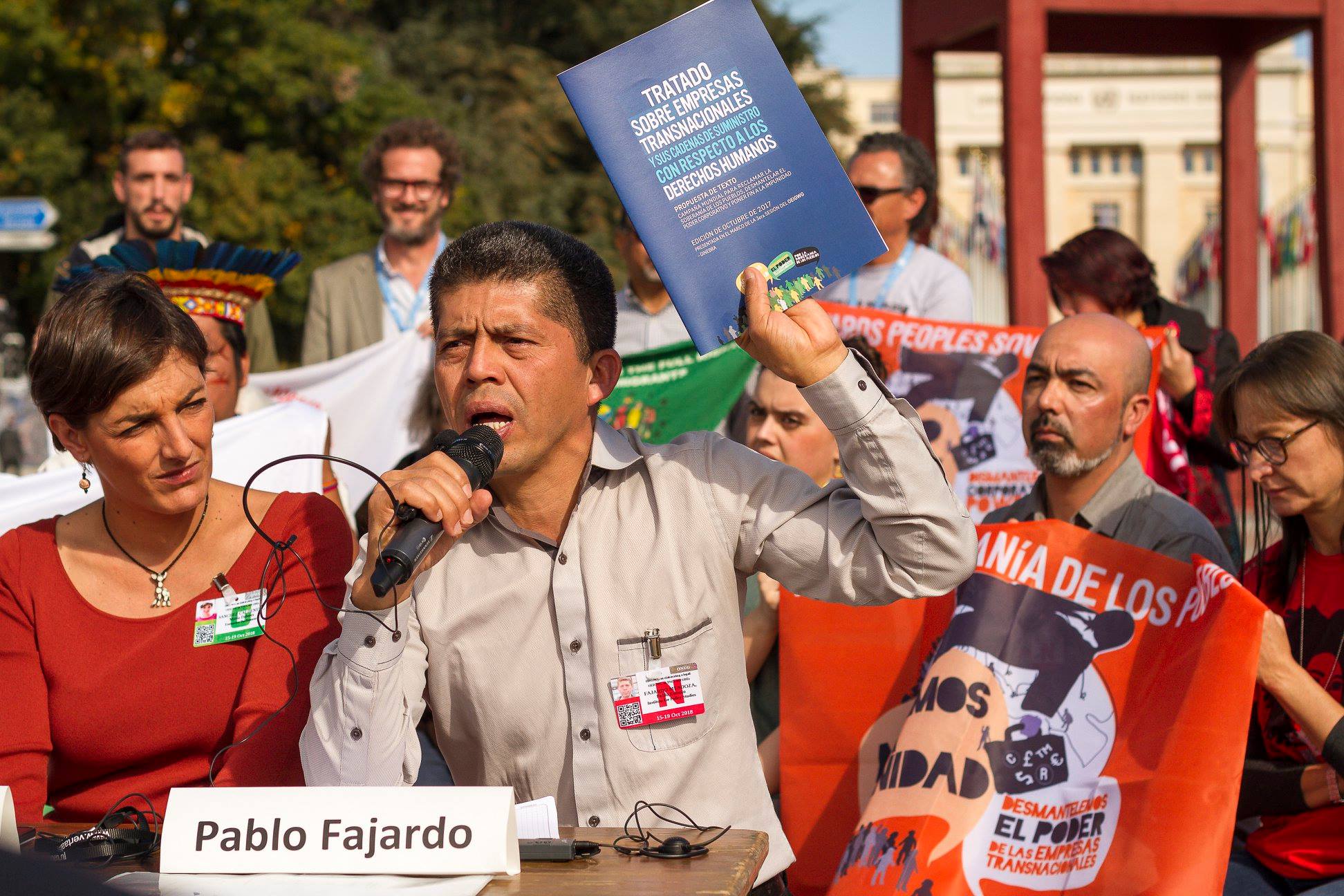