If the Responsible Business Initiative had been approved, victims of human rights violations and environmental damage caused by Swiss companies could have sought redress in that country. What’s next now? 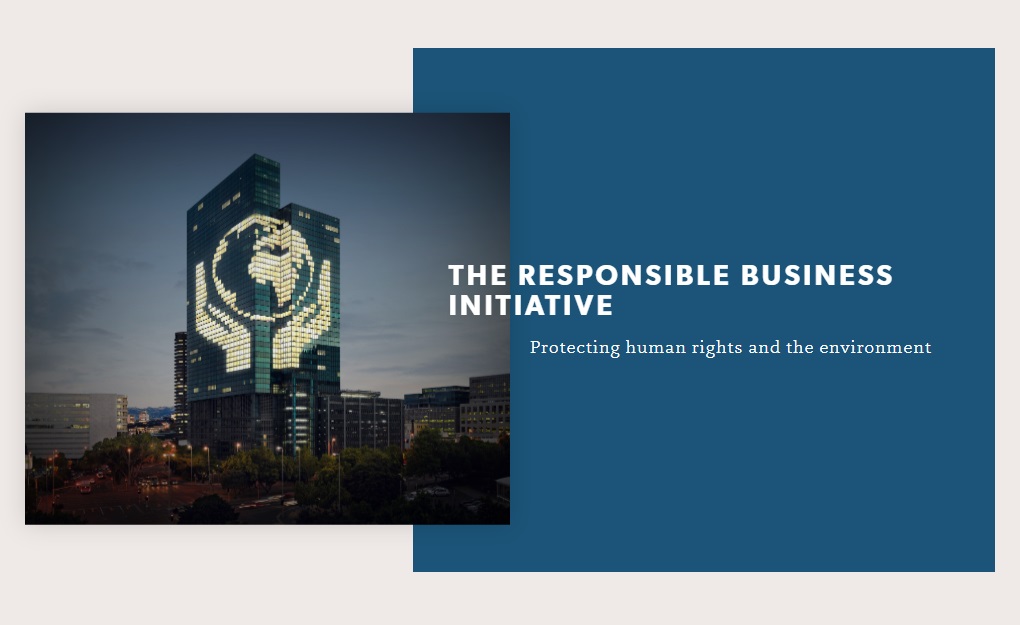 There are important efforts at the country level and in different international forums to build a solid legal framework to put an end to abuses by transnational companies. Given the widespread presence and long history of the Swiss mining giant Glencore in Latin America, we have followed with great interest the referendum on the “Responsible Business Initiative” held in Switzerland in November 2020.

Glencore has several operations in South America – many of which have been the focus of complaints over human rights violations and negative impacts on the environment and the health of local populations. In Colombia, for example, they are shareholders in the El Cerrejón open-pit coal mine (in La Guajira), which over the years has caused displacement of indigenous Wayúu and Afro-descendant communities, the diversion and drying-out of rivers and other environmental degradation, and situations of violence. In Peru, Glencore owns the Antapaccay copper mine (in Espinar), which has caused several conflicts and led to complaints over contamination of the environment and water, and impacts on the health of the population from heavy metals. Another important case in Peru is located in Cerro de Pasco, where hundreds of children live with high levels of metals in their blood, and whose families hold Glencore responsible. Other reports on Bolivia link Glencore’s Porco mine (Potosí) with child and adolescent labor, as well as negative impacts on the environment.

To hear more about the referendum process in Switzerland, TerraJusta spoke with an experienced activist from that country, Stephan Suhner – member of the organization “Swiss-Colombian working group ask!” Stephan told us more about how the idea of the “Responsible Business Initiative” came about; the results of the popular consultation; and what organizations in that country intend to do to achieve effective corporate responsibility, both in Switzerland and internationally – for example, in relation to the Binding Treaty for Transnational Corporations on Human Rights that is being negotiated within the framework of the United Nations.

The Responsible Business Initiative in Switzerland

On 29th November 2020, Switzerland held a national referendum on the Responsible Business Initiative, so that companies in Switzerland could be held responsible for potential human rights violations and environmental impacts from their operations overseas. The push for this referendum was led by a coalition of more than 130 national organizations.

According to Stephan Suhner – from local organisation and coalition member, the Swiss Colombia Working Group Ask! – “civil society organizations in Switzerland had been observing what the Swiss government was doing in relation to business and human rights for several years.” Not making much progress, the coalition that promoted the Initiative was born. “We put forward a rather modest proposal, one that would have a chance of success given the politics,” Suhner says.

The Responsible Business Initiative envisaged “due diligence” measures that required companies to identify, prevent and be held accountable for the potential risks of human rights violations and negative impacts on the environment that their activities could cause. These measures were based on the United Nations Guiding Principles on Business and Human Rights (2011). The idea was to apply these obligations to companies based in Switzerland, as well as to subsidiary companies under their control in other countries.

How did this Initiative come about?

Suhner explains that the law in Switzerland allows citizens to request amendments to their Constitution. The legal framework states that citizens must collect 100,000 signatures in 18 months. “We collected 120,000 signatures in 8 months,” he says. The next step was to send the initiative to the Federal Council or executive branch of the country, which has three options: accept the initiative, reject it, or reject it with a counterproposal. “In the case of the Responsible Business Initiative, the government rejected it (2017), saying that it was too radical, and that they would not make a counterproposal.” Against this background, the coalition turned to parliament, which can also make a counterproposal.

In 2018, the National Council, or lower house, filed a counterproposal.  And, even though it did not express the full spirit of the original Responsible Business Initiative, “it  was good enough to withdraw the Initiative.” Subsequently,  however,  the Council of States or upper house developed another counterproposal, much less effective than the chamber’s proposal, without any civil liability mechanism. In Suhner’s words, “the upper house proposal was very weak and toothless.”

In the debates and the vote in parliament, the weak proposal of the upper house prevailed. But the law in Switzerland states that as long as the Initiative is not retracted, it can go to a popular vote, so the referendum for the Responsible Business Initiative finally took place.

For any initiative to be approved in Switzerland, a double majority is required, both of the voters through the popular vote, and that of the cantons that make up the country. Both the executive branch and parliament called for a No vote against the Responsible Business Initiative. The detractors’ arguments often said that this measure would harm the country’s businesses, that Swiss companies already operate responsibly, and that the problem is in “weak and corrupt states.” Despite this, 50.3% of voters voted YES. However, 17 of the 26 cantons voted NO, so the Initiative was rejected.

But all is not lost. According to Suhner, once the original Initiative was rejected, parliament’s counterproposal automatically came into force, that is, the counterproposal from the upper house, which, in Suhner’s view, is a weak proposal.

Suhner points out some of the counterproposal’s shortcomings: “It establishes that companies with a certain level of sales or employees have to report on their non-financial issues, mainly on the environment and human rights. But that’s something most companies already do. In addition, it is not clear what those reports should contain. If they don’t comply, there’s a fine of 100,000 francs (about $US 108,000) a sum that doesn’t hurt any big company.” Another deficiency is the limited approach to what are defined as “conflict minerals”. “In the case of minerals extracted by Glencore in Espinar (Peru) or Potosí (Bolivia), they would not be considered conflict minerals. Much less the coal of Caesar and La Guajira in Colombia, where Glencore also has interests”.

Monitoring for the Implementation of the Counterproposal and Binding Treaty

Suhner says that one of the next steps in implementing the counterproposal is for the government to draw up a “regulatory law to implement it, so it is possible that next year (2022) it may already be applied.” Once in force, “you could then evaluate the company reports and make official complaints in the cantons where the company has its headquarters, if, for example, they have erroneous or incomplete information”.

Suhner notes that there were high expectations about the Responsible Business Initiative among Swiss organizations and their allies in Latin America. If the proposal had been approved, victims of human rights violations and environmental damage caused by Swiss companies could have sought redress in that country.

Despite this, Suhner indicates that organizations in Switzerland will not stop pushing for corporate responsibility through other initiatives. For example, “one path that we want to pursue is the Binding Treaty on Business and Human Rights being negotiated in Geneva at the UN.” Suhner points out that Switzerland has been a bit passive in relation to this treaty and that there is no negotiating mandate from the Swiss government. “So one of the ideas is to demand that Switzerland be more active in relation to this treaty for it to have a better chance of success” “and to pressure the government for a negotiating mandate”.

For more information about the UN Binding Treaty for Transnational Corporations on Human Rights, visit: https://www.stopcorporateimpunity.org/tratado-vinculante-proceso-en-la-onu/