21st May, the Global #AntiChevron Day of Action is coming … 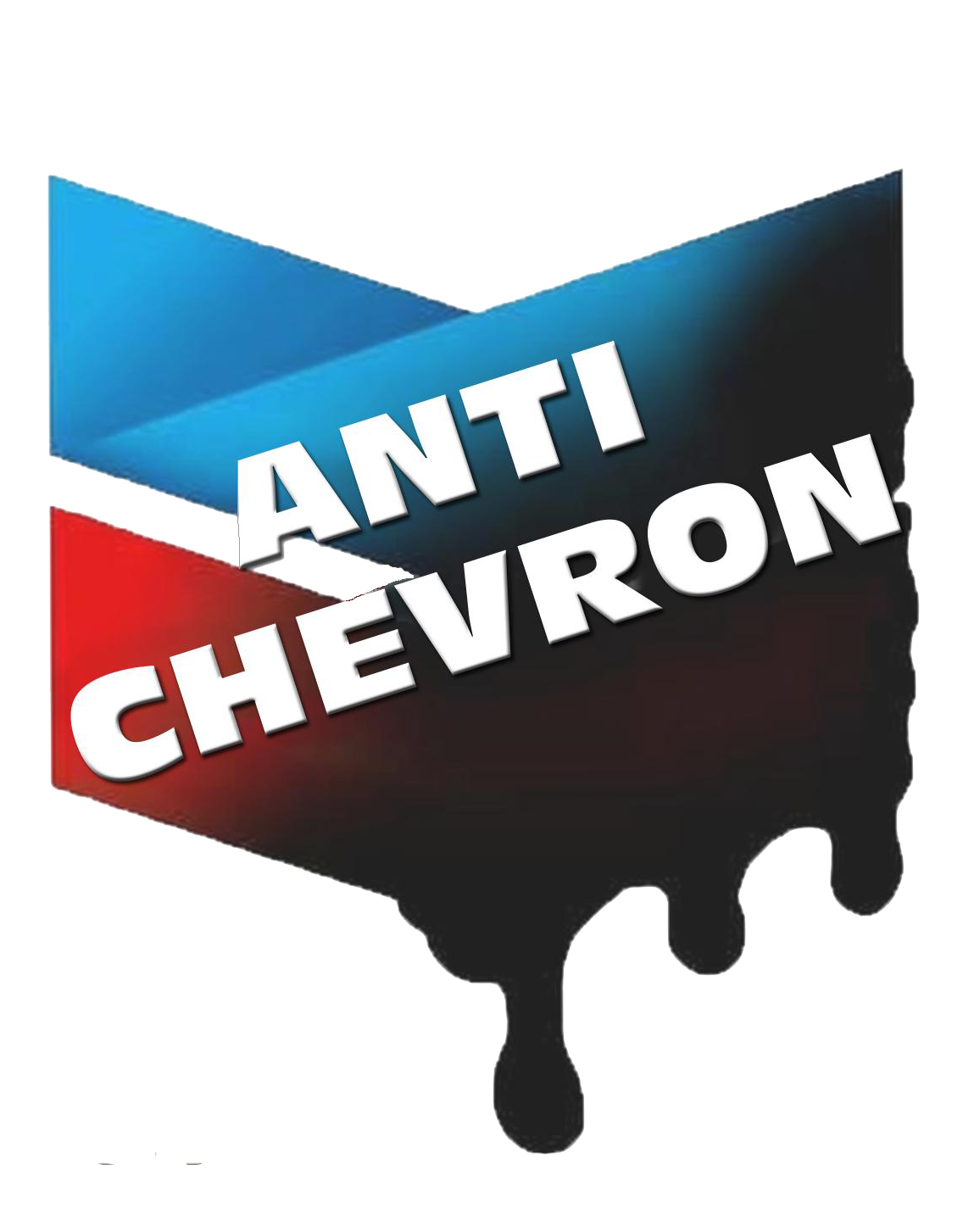 The Chevron case in the Ecuadorian Amazon is paradigmatic in the struggle against corporate impunity. It’s also linked to the struggle against ISDS, and for the UN Binding Treaty on Transnational Corporations and Human Rights. The Global Campaign to Reclaim Peoples Sovereignty, Dismantle Corporate Power and Stop Impunity, allied with members of the European Campaign “Rights for People, Rules for corporations – Stop ISDS”, as well as other allies at the international level, in coordination with the Union of those affected by Chevron – Texaco in Ecuador (UDAPT), are preparing several actions.
On 21st May #AntiChevron Global Day of Action more than 280 organisations, networks, Unions and movements worldwide, in representation of more than 280 millions of people, are addressing this letter to the Ecuadorian Government on the Chevron case.
How can you support?
Now: Support the mobilisation of the Affected communities in Ecuador
On 21sth May:

Letter to Ecuador on the Chevron Case

President of the Republic of Ecuador

Regarding the Chevron-Texaco Case in Ecuador

We who belong to many international civil society social organizations and networks who are committed to human rights and social, economic and environmental justice are writing to you because we are deeply concerned about the Chevron-Texaco case in the Ecuadorian Amazon region.

The case is irrefutable proof of the way the system whose purpose is to ensure the impunity of transnational companies all over the world works. After 25 years of trials, and although a judgement requiring Chevron (formerly known as Texaco) to pay US$9,500 million to repair environmental damage, has been ratified at every level of the Ecuadorian judicial system, it has never been enforced. To avoid complying with it, Chevron withdrew all of its assets from Ecuador. Because they did that, the men and women affected by the environmental disaster had to have recourse in foreign courts (in Argentina, Brazil and Canada) to have the judgement recognised and enforced, but so far, they have had no success. Meanwhile, tens of thousands of those affected continue suffering serious health effects. The cancer rate in the contaminated area reaches up to 8-10 times the national average. Chevron left 880 pits full of crude oil which are still there, the rivers are still full of hydrocarbon sediment and polluted by the crude oil spills in Amazonia, which is one of the most biodiversity rich regions in the world. The damage has been left unrepaired for more than 40 years. Corporate crime goes on.

Even worse, in 2009 Chevron sued the Ecuadorian state at the International Court in The Hague using the Investor State Dispute Settlement Mechanism (ISDS). The oil company also sought economic compensation and asked that the arbitration panel interfere in the Ecuadorian justice system itself. In August 2018, the arbitration panel ruled in favour of Chevron and sentenced Ecuador to pay a still unknown sum to the transnational company. Moreover, it ordered the Ecuadorian government to prevent the judgement of the Ecuadorian courts from being enforced. These provisions are unconstitutional and inapplicable in Ecuador. If the government were to execute the arbitration ruling, it would be violating its own constitution, wiping out the rights of the 30,000 people affected by Chevron and openly favouring that company’s interests. This decision would therefore establish a dangerous precedent at the international level which could encourage similar arbitration tribunals, putting them above domestic law courts and thus undermine the legal bases of the rule of law.

Mr. President, today your government is heading the process that is working towards drafting a binding UN treaty on transnational corporations with respect to human rights which could put an end to corporate impunity. These negotiations are taking place in the Human Rights Commission. It is worth pointing out that this treaty is a response to a demand from millions of people who belong to hundreds of social and environmental organizations, unions and affected communities around the world.

Today, popular mobilization against the ISDS is growing. Proof of this is that recently more than half a million signatures from European Union citizens were delivered to the Vice President of the European Commission asking that the European Union reject the ISDS and support the UN Binding Treaty and other regulations to force transnational companies to respect human rights.

Mr. President, we remind you that the aforementioned case is not an exception. Chevron has been denounced for negative social and environmental impacts in other countries, for example, their fracking projects in Argentina have seriously affected Mapuche indigenous communities. What is more, oil companies like Chevron bear a large part of the responsibility for climate change which today has caused hundreds of thousands of victims, driven thousands from their homes – climate refugees – and is also thrusting the whole planet into the worst environmental crisis ever see.

Mr. President, we tell you that we cannot understand the direction that your government is taking currently with regard to this case. We remind you that it is the duty of every state to protect its population’s human rights from the violations of third parties. We demand that you not give in to the pressure from the United States or from Chevron but put the rights of Ecuadorian men and women first as the Constitution of Ecuador demands.  We ask you not to intervene in the court case between the affected communities (who are grouped together as UDAPT – Union of those Affected by Chevron-Texaco’s Oil Operations) and the transnational company but that, on the contrary you give your support and protection to the indigenous and rural communities, respecting, protecting and guaranteeing their rights over the interests of international companies.

See here the letter and the 280 endorsements