Opening evening of the Week of Peoples mobilisation

This is our response to the celebrations of the conquest of the Abya Yala continent on October 12, 1492 that takes place in Spain and in some countries in America, which challenges us to deconstruct the historical, political, mental and social structures inherited by colonization.

This colonial expansion involved 3 continents – Europe, America and Africa – and resulted in one of the worst genocides in history, estimated at 56 million Indigenous deaths. It also gave rise to the triangular trade that created the black slave trade and a large-scale slavery system with an estimated 27 million African people captured and deported. This violent, bloody and usurping capitalist logic continues today under a new form: government-backed multinationals occupy, destroy, pollute, plunder land and its natural resources, produce wage slavery around the world and criminalize socio-environmental defenders and activists.

Yesterday against the Western colonizers, today against capitalist globalization, women occupied and occupy a central place in the Indigenous resistance: captains, army chiefs, warriors, trade unionists, activists, despite the patriarchal and racist colonial heritage, they have waged a relentless struggle while assuming the fundamental role of cultural, social and political transmission.

On October 10, African-Indigenous women will be honoured. Marginalized in official history, invisible in the current struggles for their survival, they will be with us and we will celebrate their courage, strength and perseverance for a better world.

Part 2, after a brief introduction of the lectures, we will have the pleasure of listening:

-Marie-Andrée Ciprut, who will highlight the contribution of women in the struggle led by Aimé Césaire (1913-2008), poet and emblematic figure of decolonization and of the political-literary movement of Martinique’s negritude.

Followed by the presentation of “4 femmes, 4 luttes » presented by the Bloc Solidarité Amérique Unie:

An aperitif will conclude this evening. 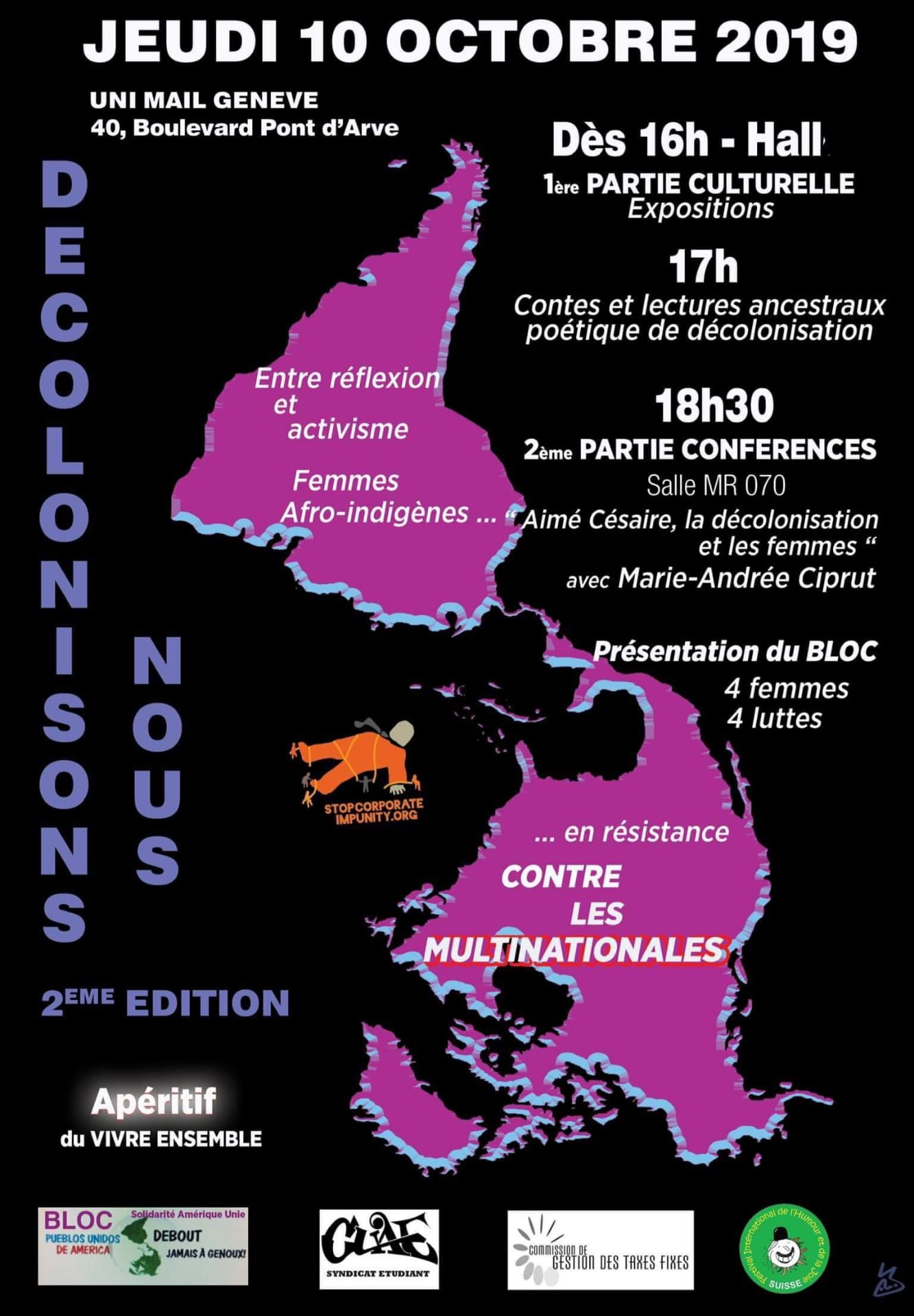