Open letter of brazilian jurists on the rio Doce’s case 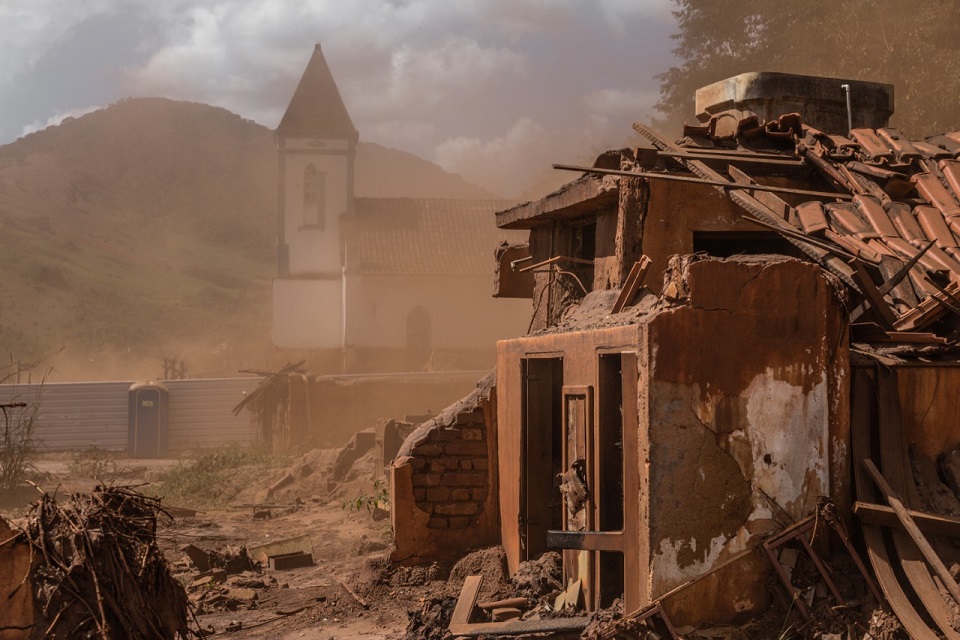 The breakup of the Fundão dam, which occurred on November 5, 2015, reached about 500,000 people, destroyed the communities of Bento Rodrigues, Gesteira and Paracatu leaving a trail of devastation along 650 km long Rio Doce, as well as the coastal region of the State of Espírito Santo, recording 20 deaths and severe social and environmental impacts.

After more than five years, the repair process had little progress. No resettlement was built, no criminal accountability of those involved, and several agreements were systematically breached before the complete ineffectiveness of the Renova Foundation which only aggravates the situation of affected populations, undermining the right to full redress and full access to justice.

On the contrary, what is seen in the press are the news of systematic actions of companies Samarco, Vale, and BHP, through the Renova Foundation, to cut community rights affected and evading compliance with the Agreements. At the height of the COVID-19 pandemic, cut thousands of financial aids and even today question the recognition of areas impacted and the right of communities to reparation promoting the judicialization and the stoppage of the remedial measures.

Throughout March this year, the Mining Observator4 published videos meetings of the case judge, Dr. Mario de Paula, the 12th Federal Court of Belo Horizonte, guiding lawyers, lawyers, and segments of the communities affected in how to act in the case, to adopt the indemnity model suggested by the companies, which empties discussion in the main proceedings. Such a procedure differs from those provided for in the agreements judicial that took years of a negotiation table, as well as violates the art. 145 of CPC.

Such meetings were not convened as procedural acts, either as public hearings or judicial or as judicial hearings, and they are not formally documented in the violation of the duty of publicity, morality and impartiality by the visible absence of isonomy treatment between the parties involved in the process.

As reported in press, numerous lawsuits were subsequently conducted in secret of justice, without the proper participation of the institutions of justice. As mentioned by the MPF suspicion: “These procedures were therefore initiated without formal petition protocol (sent by email) without dispatch in the main file to which they refer and without subpoena of Institutions of Justice acting in the main files (p.5)”. In addition, caused great impact on territories, causing agglomerations in the midst of the health crisis.

Since the initiation of the proceedings in 2015, the seriousness of the absence of impartiality by the case judge has been progressively verified, in lectures and interviews, in which it explains its interpretation of the case, as well as from the treatment unequal given to the institutions of justice in front of the companies, arriving at the absurdity of – repeatedly – do not subpoena the Federal Public Ministry (MPF), plaintiff of the main action, for science of procedural movements and decisions, including placing numerous acts procedures under confidentiality. These positions compromise the necessary impartiality for the judicial function, in breach of procedural requirements.

The proceedings of Public Civil Action nº. 1016756-84.2019.4.01.3800 are a “show of horrors” of failure to comply with due process. As well denounce long ago several organizations, some actors of the Brazilian Judiciary have been named as the brokers of Brazilian democracy and, in the name of solving complex cases, relativist constitutional guarantees and distorts the basic rules relating to due process legal.

It should be remembered that in the Justice System there should be no heroes and vigilantes, but yes civil servants submitted to the Brazilian legal system, and not above it.

The gravity of the facts revealed to Brazilian society about the conduct of proceedings, in this case, requires the conduct to be determined with seriousness, being immediately appointed a substitute judge to the case, given the urgent danger of irreparable damage to those already tired victims.

The Brazilian justice system needs to have the confidence of its citizens as a fundamental element of democracy. We cannot continue to admit irregularities in the name of a momentary resolution.

Cases such as the technological disaster of Rio Doce are complex and difficult to solve.

As they confront irreconcilable interests between businesses and victims, permeated for the responsibility of the State in the collective protection of rights, in a scenario of asymmetry of powers. All attempts at agreements and resolution so far have been frustrated by seek immediate solutions, without the necessary participation of those involved and the construction of structuring solutions.

Therefore, the seriousness of the impartiality raised poses the whole legal uncertainty, which certainly revitalizes the communities affected, favoring impunity and the repetition of socio-environmental crimes of this magnitude.

Thus, we, Brazilian jurists(s) and organizations subscribed below, demand that the the complaint of impartiality is fully investigated and due process is ensured legal action to repair people affected by the breaking of the dam of Fundão, who has been waiting for justice for more than five years.

Open letter of brazilian jurists on the rio Doce’s case