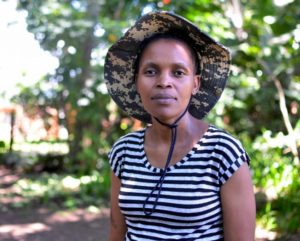 As the Alternative Information and Development Centre (AIDC) we, along with our partner organisations, are disgusted at the continuing death threats being levelled at local activists opposed to destructive ‘developmental’ practices in their communities. Following the sudden and unexpected death of, Amadiba Crisis Committee Chairperson (ACC), Sibusiso ‘Sbu’ Mqadi and the yet to be solved 2016 murder of Sikhosiphi ‘Bazooka’ Rhadebe, we urge the state and its law enforcement arms to treat the new death threats against Nonhle Mbuthuma, ACC spokesperson, with the seriousness it deserves.

On Sunday, the 15th of November, Mbuthuma received an SMS that according to the ACC made reference to “ …the killing of Bazooka as murder “1”, intimates that comrade’s Sbu’s death was a killing, calling it “2”, and says Nonhle is next, number “3”, saying: “You are next”.

It is common practice for activists involved in community engagement around proposed mining and other extractivist developments to not only face threats but to be the victims of violence themselves. A 2019 74 page report from the Human Rights Watch (HRW)  titled “We Know Our Lives Are in Danger’: Environment of Fear in South Africa’s Mining-Affected Communities” highlights the continued threats faced by mining-affected communities across Southern Africa. Ominously the report speaks to the threats made against people like Mbuthuma and role of companies like Tendele Coal, a company facing allegations around links to the recent assassination of Mam’ Fikile Ntshangase, in local communities. The yet to be solved murder of Bazooka and the lackadaisical approach of the state in bringing his murderers to justice is no coincidence.

Despite popular opinion, the state has been far from a passive participant in the war being waged against activists in mining-affected communities. As the work of regional platforms such as the Southern African Campaign to Dismantle Corporate Power Campaigns’, Permanent Peoples Tribunal have shown, the state has actively encouraged mining activities that harm local communities and marginalised local activists who opposed them. The likes of Gwede Mantashe, Department of Minerals and Energy Minister, have actively attempted to pit activists in mining-affected communities against what they call a pro-mining community voice.  The state’s functionaries at both national and provincial government levels have joined Mantashe in stoking negative sentiments against the likes of Mbuthuma, increasing the already fragile circumstances that proposed mining activities create. As the HRW report shows local municipalities and their officials are often active participants in the threats being posed to activists.

As the Alternative Information and Development Centre, we urge the state to stand in support of and defend local communities and activists who are currently under attack. The Police, NPA and authorities can no longer watch from the sidelines as people are killed and threatened for defending their rights.