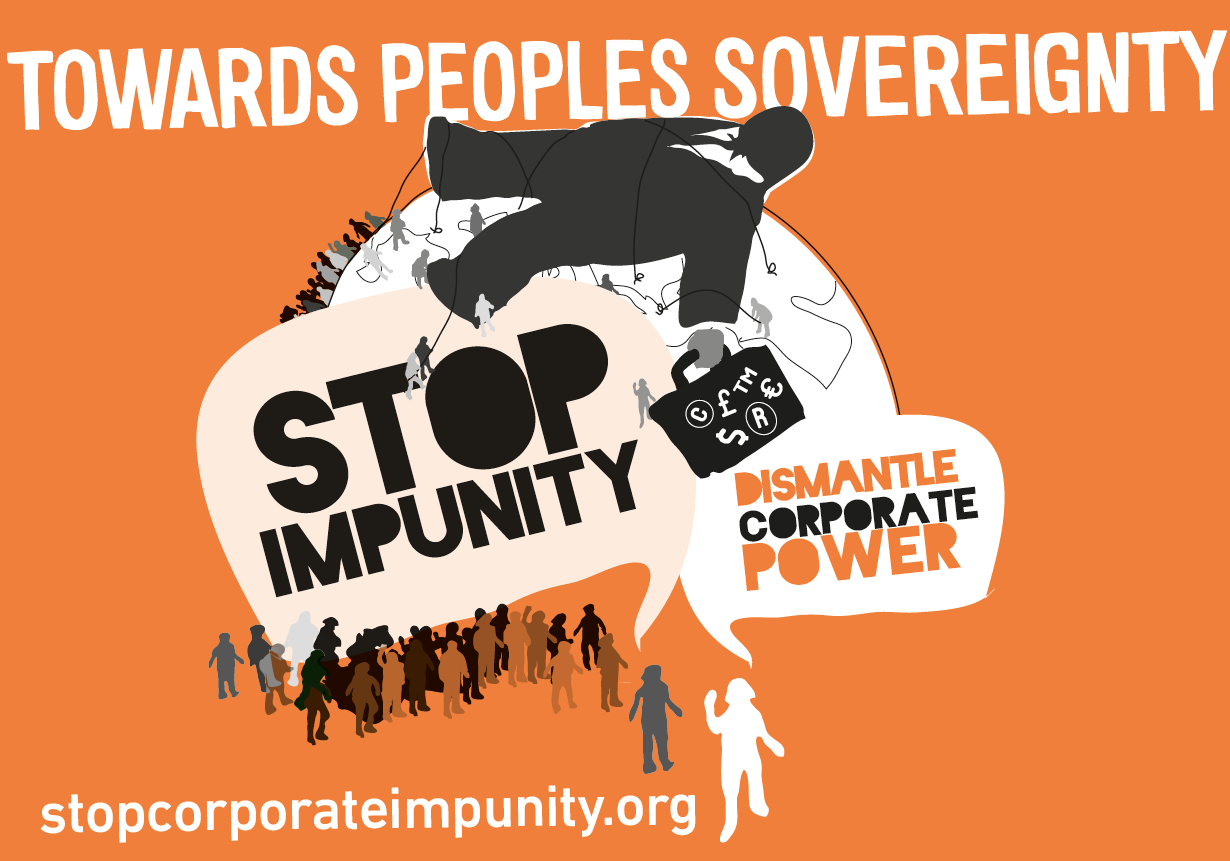 The Global Campaign to Reclaim Peoples Sovereignty, Dismantle Corporate Power and Stop Impunity expresses its deepest concern at the arrest of Julian Assange on April 11, 2019, at the Embassy of Ecuador in London and calls on the UK government to demand his freedom and non-extradition to the United States.

On the day of his arrest, Julian Assange was subjected to a summary trial in which a British court found him guilty of violating probation, a sentence that could amount to 12 months in prison. The UN Special Rapporteur on extrajudicial, summary or arbitrary executions, Agnes Callamard, has described the detention as arbitrary, stressing that if he is extradited to the United States, not only is he exposed to serious human rights violations, but possibly his own life will be in danger. Amnesty International has called on the British government not to extradite Assange to the United States because he could face conditions that would expose him to torture. According to the American Civil Liberties Union (ACLU), the prosecution of Assange in that country would be unconstitutional and would set a dangerous precedent for media and other news and information platforms globally that publishes vital classified information. As a global network of more than 200 movements, trade unions, social organizations and communities affected by corporate human rights violations, we recognize the great value of the work done by WikiLeaks.

It also violates Opinion OC-25/2019 of the Inter-American Court of Human Rights and the Resolution MC-54-19 of the IACHR of March 2019, which obliges Ecuador “not to deport, return, expel, extradite or otherwise remove” Assange from the embassy.

That the reasons which have been alleged by the Government of Ecuador to justify the return of Julian Assange – such as the failure to comply with the measures of the protocol of cohabitation – if they were true, are not established in any international norm, so that the expulsion and termination of special protection is an arbitrary measure, not protected by the principle of sovereignty.

That the withdrawal of the asylum status of Julian Assange and the alleged withdrawal of his Ecuadorian nationality by the State of Ecuador subject him to a situation of special lack of protection of his fundamental rights, responding publicly and notoriously to a political strategy of complacency of Ecuador towards the United States. The rapprochement between the two countries is evident, for example, in the Chevron case, in which the government of Ecuador seems to have accepted the content of the award issued by The Hague Arbitration Court in August 2018, which implies turning our backs on the thousands of people affected and maintaining the impunity of the company. This award is unconstitutional and inapplicable in Ecuador.

That all of the above constitutes a flagrant violation of Julian Assange’s fundamental rights by endangering the guarantee and protection of his rights to life, physical and mental integrity, freedom of expression and information, and due process.

None of the circumstances that motivated the recognition of Assange’s asylum status has changed and, as the lawyer coordinating his defence, Baltasar Garzón, pointed out, “the threat against Julian Assange for political reasons” and the “persecution from the USA” is “more valid than ever”.

Hours after Assange arrest, Ecuador detained digital privacy and open source expert Ola Bini, accused of “destabilizing” the Ecuadorian government. It is clear that the arrests are a measure of punishment for those who denounce corruption and abuses of power, and set a dangerous precedent against the right to information and freedom of expression, fundamental to the functioning of any democracy. In this sense, the information professionals reporting about the case should take this in account. In that regard, the UN Special Rapporteur on Freedom of Expression, David Kaye, has recently stated that “persecuting Assange is dangerously problematic from the perspective of press freedom”.

– To the UK Government: to release Assange and never, under any circumstances, allow the extradition of Mr. Julian Assange to the United States.

– To the Ecuadorian government: to immediately release Ola Bini.